Mobile CIP is made of stainless steel, usuall has two vessels, with a pump, pipes, connectors. 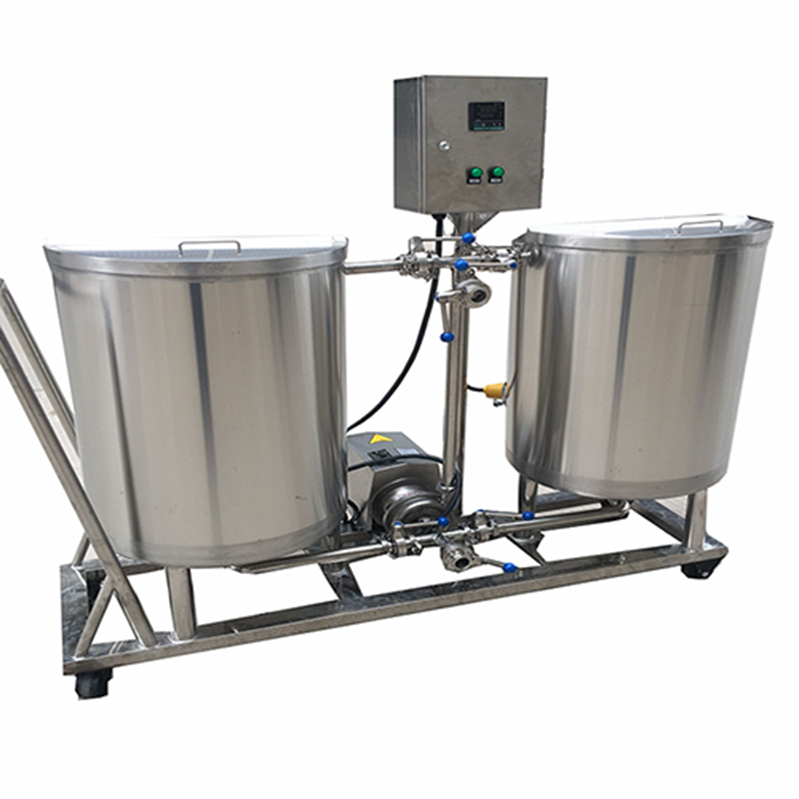