Domestic mobile phone wars: Which technical breakthroughs in 2017 will incite the industry pattern?

The global sales of smartphones reached 1.5 billion units a year. China, as a manufacturing country, carries most of its processing and manufacturing operations, and the development and improvement of the industrial chain has reached an unprecedented scale of prosperity. At the same time, Chinese mobile phone brands represented by Huawei, OPPO, vivo and Xiaomi have started to differentiate themselves through new technologies, such as dual cameras, fast charging, and infrared recognition. Domestic sales have surpassed Apple and Samsung, and gradually lead the mobile phone industry. The tide. 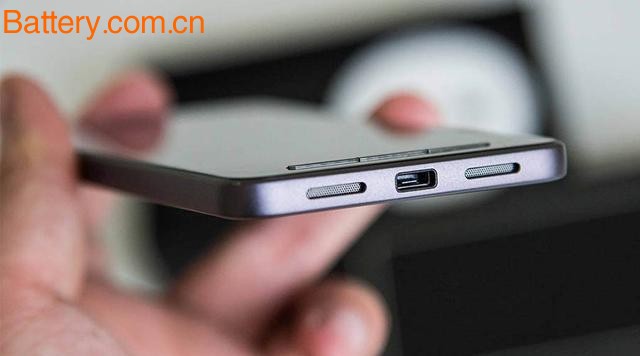 Beginning in the second half of 2016, major mobile phone manufacturers in China have collectively embarked on the road of boosting the brand image and increasing the price of the flagship machine. It is imperative to explore new technologies as a selling point to become a mobile phone brand. In 2016, China's more popular new technologies, including full Netcom and 4G+, fingerprint recognition, NFC, fast charge, dual camera. These technologies are becoming more popular and become standard.

However, many technologies still need to be improved. The reporter found that most of the double shot last year stayed at the primary level, although two cameras, but some are a color, a black and white program; some are a vision, one is a close-up program. Some of the shooting scenes are not clear at all, and they are deliberately blurred to make the depth of field effect.

Similar shortcomings require technical innovation and iteration. For mobile phone manufacturers, innovation and upgrade is a competitive weapon; for users, it is also one of the power to replace mobile phones. As a result, mobile phone brands, upstream solution providers, and mobile phone integration designers have their own capabilities, such as screens, photos (dual camera, laser focus), fast charge, identification (fingerprint, infrared and Iris) and so on to find new breakthroughs in technology.

"The layout war in 2017 has been opened, but many companies are still not aware of the danger." Mobile ODM manufacturer Wentai executive told reporters. Wentai is the original design manufacturer of mobile phones, which is up-to-date with supply chain technology innovations and is aware of price fluctuations and capacity. He predicted that manufacturers who did not prepare in advance would encounter risks in the first half of the year. Today, with the increasing concentration of the mobile phone industry, new technologies cannot keep up with the pace when they are upgraded, which will lead to the decline in competition.

At this time, a wave of new technologies and new changes are already on the road to new mobile phones in 2017.

In 2014, a small team of 20 people working on mobile phone fingerprints in Sweden was almost unknown in China. However, after its technology was adopted by Huawei's mobile phone R&D department, the situation changed quickly. Huawei needs this technology for the latest flagship mobile phone Mate7, which is a convenient and safe selling point. According to Li Xiaolong, the product manager at that time, the demand for fingerprint identification was at an early stage. There were not many mature technologies in the world, and there were not many teams. Huawei sent people to work with small Swedish teams to speed up the progress.

Later, the company called Fingerprint Cards (FPC) supplied Huawei's first fingerprint sensor chip FPC1020, which reflected that the cost of Huawei's mobile phone was more than 100 yuan. This did not prevent it from becoming the sole supplier of Huawei's fingerprint identification for some time, and became a fast-growing company following Huawei's mobile terminal business. In the two years after entering Huawei's supply system, FPC's revenue scale has expanded by more than 20 times, becoming a giant in the industry.

Huge demand has spurred competitors to emerge. In the field of fingerprint identification, the largest market share is FPC, followed by domestic Huiding Technology and American New Thought.

Zhang Fan, the founder of Huiding Technology, once announced that in 2015, fingerprint chips shipped more than 10 million pieces and sales exceeded RMB 1 billion. â€œOur next target is sales of RMB 10 billion.â€

Living fingerprints and IFS are likely to become the new direction for fingerprints in 2017. However, there are other possibilities. The above can be attributed to capacitive fingerprint identification technology, in addition to optical (Xinsi acquired Shanghai ç®©ç®•), iris (Lan Si technology) and ultrasonic (Qualcomm) three programs, although there is no capacitive stability and mainstream, no It is possible to rule out one day later.

There is a saying that the Samsung note 7 mobile phone iris recognition behind the Lansi technology mass production support, because of the spontaneous combustion of the phone, the power of the iris is not presented. However, from the perspective of mobile phones with infrared face recognition released by Glory, it has caused some users' curiosity. Of course, infrared recognition needs to constantly open the front camera, and the camera is the most power-consuming component in the mobile phone. It consumes a lot of power and has the drawback of large error. Although the presentation is cool, it will take time for the user to be satisfied.

The criticism of iris recognition is mainly because the mobile phone can't effectively distinguish whether the human eye is intentionally moving or unintentional. If this problem cannot be solved, iris technology may be just a gimmick.

After the popularity of smartphones, some mobile phone brands have emerged, and the suppliers behind them have found opportunities for rapid development. All capitals are sensitive to smell, chasing new opportunities and new technologies.

The first is the capital securities market. According to the Eastern Fortune Choice data, there are 26 smartphone-related companies in the list of the top 500 market capitalization companies in China in 2016.

BYD, a battery-powered Lansi technology that supplies touch-protected glass panels and touch modules, and Biotop technology-based Huiding Technology, which provides camera modules for Ou Feiguang and Sunny Optical Technology to produce screens for BOE A. Deep Tianma A, even the long surplus precision of the mobile phone case, is in it.

Domestic M&A capital also shows hunger and thirst. On the evening of December 1, 2016, Beijing Junzheng announced that it intends to issue shares and pay cash to buy Beijing's Omnivision and Sibike. Howe's camera chip products are widely used in smartphones and tablets in the Apple iPhone, including Sony, Samsung and Himax Technologies.

"This is a big layout," Wentai executives told reporters about the market and status of chips at home and abroad. The domestic players who have been in the downstream of the industrial chain and have a huge market, but can only earn the replacement of labor costs are not willing to be in the current market position, and the desire to have the right to speak to the upstream is particularly strong.

Haowei is well known in the industry for its long privatization process. It was founded in the United States in 1995 and was originally listed on the NASDAQ. Later, the consortium consisting of Beijing Qingxin Huachuang and other Chinese capitals was privatized and returned to China. In 2015, the market share of the global CMOS image sensor market was second only to Sony, ranking second in the world.

In 2016, Sony's camera components were held as â€œartifactsâ€ by OPPO, vivo and Nubia, and other brands that focus on taking photos. At the beginning of homogenization competition, market balance and containment forces began to gather.

"Haowei has domestic financial support, and after smooth integration with processing, it is stable in the mid-end market, moving towards the high-end, surpassing Sony and Samsung, and it may take a little more in the high-end market." Zhi Guoping, who has two chip startups in his hand, told reporters.

The opportunity is popular in the dual lens configuration of mobile phones. The development of technology including lens, camera chip (CIS) and camera module has entered a new development channel. The performance of more accurate and faster laser ranging and focusing has become the new favorite. As a photo of the main functions of the mobile phone, there will be a new round of competition.

This point, the Xplay6 launched in vivo in November has been initially presented. This phone uses 2PD full-pixel dual-core focusing technology, which can also focus faster in dark light, and the fastest focusing speed can reach 0.03 seconds.

The dual cameras are so promising, Corephotonics from Israel came to the mainland last year to share a piece of the pie. In addition to improving the image quality of the camera in low light, the company's technology can also add optical zoom to the phone without using a moving lens. It is said that it is an Apple mobile phone supplier.

In addition to shooting, the mobile phone screen is still the focus of competition in 2017. Last year, OPPO and vivo all indicated that the upstream AMOLED screen supply pressure is high. The vice president of OPPO said that because of the insufficient supply of Samsung AMOLED screen, the thickness of the mobile phone increased by 0.35 mm, which affected the sales volume by 20%. After OPPO and vivo have suffered losses, this year it is said that the screen orders have been placed in the middle of the year, and one company has even paid a large sum of money in advance.

In recent years, AMOLED screens have been favored by mobile phone flagship models due to multiple advantages such as full color, high color saturation, material saving and power saving. Domestic Tianma screen has found opportunities and become a challenger in a timely manner. Now its performance has risen rapidly and it has become a supplier of Xiaomi, Meizu, Lenovo and Huawei. In the first half of 2016, Shenzhen Tianma A achieved operating income of 4.97 billion yuan and total profit of 3.04 billion yuan, an increase of 10.13% year-on-year. Currently in the process of restructuring and suspension.

Under the same effect, the screen will try to be thin. The In-Cell/On-Cell screen integrates the touch layer and the display panel. The OGS screen integrates the protective glass layer and the touch layer. In order to compete for the right to speak in the industry, touch module manufacturers push OGS, while display panel manufacturers such as LG, Samsung, Sharp, etc. push In-Cell/On-Cell.

Now the domestic trend is clear, because In-Cell/On-Cell technology is 1~2 mm thinner than traditional methods such as OGS. It is expected that In-Cell's screen will occupy more than 60% in 2017. In other words, the phone in the user's hand will be thinner.

The potential challenge of AMOLED screens comes from flexible screens. This piece, domestic manufacturers want to do more in the strong surrounding of South Korea. BOE people told reporters that in the second half of 2017, BOE's two flexible screens will be put into mass production. Such screens do not need to project illumination, can be folded, power consumption and color performance are better than AMOLED screen, and more importantly, because there is no past five layers of technology, it is thinner.

Huawei has already become a strategic partner of BOE. From a global perspective, the LCD panel industry has a large investment and high risk, and the number of manufacturers is small. Huawei has decided to settle BOE early, and the strategic intention of holding Samsung is obvious. As for BOE, after the domestic subsidy for the blood, the time when he can make blood is quite concerned.

Finally, the upgrade of fast charge technology. In 2016, the fast charge has been increased, and the large-capacity battery of 4000 mAh can be filled in 90 minutes. The problem is that the fever is more serious. 2017 may solve the fever problem. At the same time, it is expected that the speed can be further increased by 50%, achieving a 4000 mAh battery in 60 minutes.