At 15:36 on July 17, 2011, a major traffic accident 542 kilometers away from Beijing-Shenyang Expressway in Beijing, a large truck was suddenly stopped due to the brakes. As a result, the bus did not escape the rear-end collision, resulting in 9 deaths and 9 injuries. The major traffic accidents, which are also the major traffic accidents that occurred on the highway since the implementation of the " Road Safety Protection Regulations " on July 1 and the regulations of GB 7258-2004 clearly stipulated that ABS must be installed on trucks on April 1. 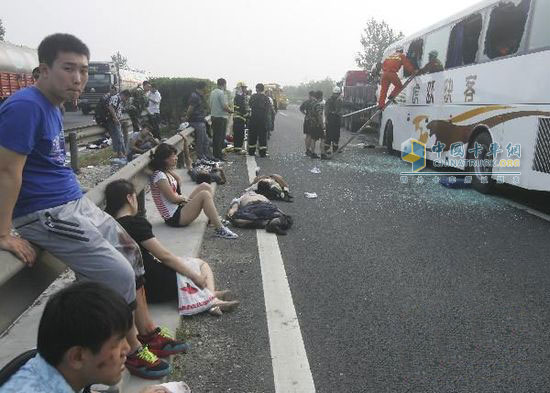 In this incident, large trucks and buses were not overloaded and were all driving in the normal lane. However, due to the truck brakes being locked, it also indirectly affected the judgment of the buses, causing major accidents. Correspondent sales manager Ke Xinhua analyzed to reporters that the sudden locking of truck brakes may be the biggest reason for two reasons. One is that trucks are not equipped with ABS systems, and the other is that the truck's own brake system has failed due to a failure. Thus, adding ABS anti-lock braking system to trucks once again highlights its importance.

The Importance of ABS in Trucks

ABS anti-lock brake system is a kind of car safety control system with anti-skid, anti-locking and other advantages. It not only has the braking function of the ordinary braking system, but also prevents the wheels from locking, so that the car can still turn in the braking state, ensuring the stability of the braking direction of the automobile, preventing the occurrence of side slippage and deviation, and can improve the vehicle. Braking stability, while ensuring the maneuverability of the direction of the brakes, its main purpose is to improve the active safety of the vehicle braking, if the truck in the accident if installed ABS can prevent the brakes suddenly locked Phenomenon to avoid accidents.

Although the regulation of GB7258-2004 clearly stipulates that the anti-lock brake system (barometric ABS) must be installed for semi-trailer tractors with a total mass of more than 10 tons, it is not optimistic from the implementation. Problems such as user awareness issues and enforcement of national laws and regulations restrict the further implementation of laws and regulations. This is why many trucks without an ABS system travel on highways as usual. In the event of an accident, they may be as significant as the Beijing-Shenyang high-speed accident. Traffic accident.

Since the addition of ABS to trucks is so important, the application of domestic truck ABS is still in a very weak link and it is not satisfactory. Problems such as user awareness, price and cost, and enforcement of national laws and regulations have constrained their development. 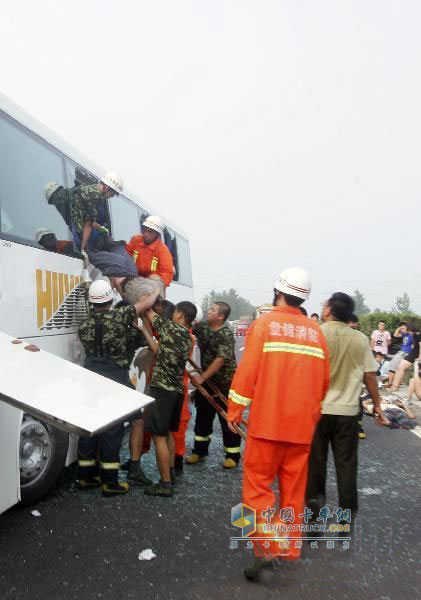 Most truck users' perceptions of ABS still remain at the level of quality, but the installation effect has negative effects. In particular, some parts of the domestic ABS system, such as ECUs and pressure regulators, cannot achieve quality. Braking effect is a concern. Guangzhou Xihe Ke Xinhua manager told reporters that there are currently nearly 10 suppliers of domestic commercial vehicle ABS systems, of which less than 5 have formed a certain market, but their total market share is less than 50%. The larger market is occupied by international ABS brands such as WABCO. Although the foreign ABS brand is more easily accepted, the domestic ABS brand has been developed, the quality meets the demand, and it is also more easily accepted in terms of price. This makes it easier for drivers who use the truck as a profit-making tool to reduce vehicle costs due to the addition of ABS. Increased difficulty.

The inconsistency in the implementation and enforcement of national policies and regulations has added to the already slow promotion policy. Industry sources told the China Truck Network reporter that in fact, since 2005, the state has stipulated that ABS braking systems should be installed on trucks. Now it has been six years. However, the process was extremely slow. The person claimed that â€œthere is a phenomenon on trucks. The Ministry of Industry and Information Technology requires that vehicles be equipped with ABS systems before they can be advertised, but no one is supervising the sales process. After the vehicle is sold to users, the user considers To the problem of cost, ABS will still be dismantled or sold to dealers, or sold through other channels to reduce the cost of car purchases. Therefore, the provisions of the Ministry of Industry and Information Technology are in name only; on the other hand, when road authorities check the ABS installation of trucks, the inspection standards are not Understand that simply checking the sensor and judging whether the ABS system is installed may refer to the tractor, the traction system must have an ABS system, and the trailer must have an ABS system, and it cannot be judged by looking at only one sensor. The enforcement of laws and regulations in the country has led to delayed implementation of laws and regulations.

As the saying goes, â€œSafety is greater than heavenâ€, the â€œRegulations on the Protection of Highway Safetyâ€ and the provisions of GB7258-2004 on the installation of ABS for trucks all reflect the importance of safety. The major accidents on Beijing-Shenyang Expressway once again sounded the alarm for us and trucks installed ABS. The system has no time to delay. When regulations and regulations are promulgated, the consistency of implementation should be achieved. In the rapid development of high-speed logistics, the importance of safety should be raised to a higher level. Drivers who have installed ABS can also make friends with the entire industry. Taking the lead, the security of the road depends on everyone, not a small number of people, so that they can rest assured of the product, rest assured of the policy, the entire industry work together, we can better avoid the next "Beijing-Shenyang high-speed major accident."

In 1996, WABCO entered the Chinese market to establish marketing and technical support functions. At present, WABCO has two production bases and a logistics center in mainland China to provide customers with advanced technology and reliable automotive control system products in Asia Pacific and even in the world. The company has established more than 10 sales offices and nearly 30 special after-sales service centers throughout the country, as well as an authorized dealer network in major cities in China, to serve the growing after-sales service market.

WABCO Antilock Braking System (ABS) is used to prevent wheels from locking when the vehicle's braking system is over-operated on smooth roads.

Even when fully braked, lateral control of the braked wheels can be maintained

Use the tire's adhesion to the road surface

Guangzhou Xihe Automotive Electronic Equipment Co., Ltd. has innovated a new model of domestic ABS development. The top three companies in the international auto parts industry in Germany combine the characteristics of the Chinese market to develop and produce ABS core components, and then integrate electromagnetics in China. The advantages of valves, harnesses and human resources provide domestic vehicle manufacturers with cost-effective ABS+ASR and EBS systems.

Guangzhou West combines the advanced technology concept of Siemens VDO from Germany mainland in terms of product performance. The main highlights are:

1, security. Using the current advanced SIL-3 standard for product safety design to ensure that the product does not appear in the aforementioned kind of vehicle brake out of control situation;

2, superior anti-lock function. Products in strict accordance with the EC ECER10 and ECER13 standards for product design and acceptance, while meeting the requirements of GB13594;

3, high reliability. The products are designed and verified according to the international advanced reliability technology to ensure the stable operation of the system;

1. ABS system can be extended to ABS+ASR at any time;

2, with the function of the CAN bus;

3. It has the functions of automatic identification of tires and ring gears. That is, for different models of tires or ring gears, the system can automatically identify the brakes by 3-5 times, and then select the best control parameters to automatically achieve the best The control effect greatly improves the product's adaptability and avoids many management costs brought about by the large number of similar products in China.