At the Changchun Motor Show on July 15, 2011, a large-scale Jiefang J6 heavy-duty truck with black gold-wrestle FAW-hawks attracted many media and audiences. The golden logos on both sides of the car revealed its unique identity: Liberation 55 Anniversary Edition.

At the time of the release of the delivery ceremony of the 100,000th anniversary edition of J6â€™s 100,000th anniversary release, China FAW launched a commemorative model for the 55th anniversary of the liberation of the J6 heavy truck, and cooperated with the recent two years of 80% consumer loans in various distribution stores across the country and Two years, regardless of mileage repair and replacement policy, to fully liberate the gratitude of the user's gratitude. 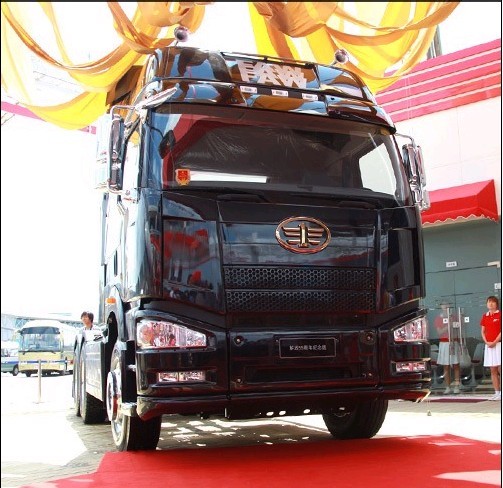 It is understood that the liberation of the 55th Anniversary Edition J6 heavy truck nationwide limited to 1,000 vehicles, the application of a large number of new technologies, new Commemorative Edition components, making the car even more valuable, priced at up to 50.08 million yuan. However, the significance of this car is not limited to this, the new technology on the car will lead the trend of Chinese trucks, I believe that in the future models will appear in this car configuration.

The commemorative edition of the 55th anniversary of the Liberation J6 heavy truck launched this time not only displayed a golden eagle in a groundbreaking manner, but also was fully upgraded in terms of safety and dynamics. The main configuration is: J6P high top with deflector cab, Xichai CA6DM2 420 horsepower engine, Eaton AMT transmission, less leaf spring suspension, liberation 440 rear axle. 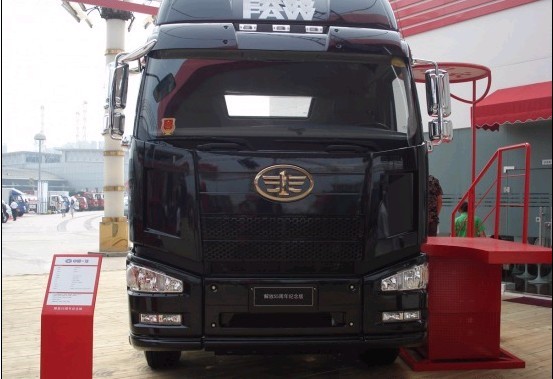 From the viewpoint of maximally protecting the life safety of drivers, the commemorative version J6 adopts the all-steel cab, and comprehensively upgrades front and rear pneumatic drum brakes into front and rear disc brakes, and innovatively uses the AMT transmission to reduce driving. Fatigue, so that long-distance driving is safer; power, by carrying a large horsepower electronically controlled engine and re-adjusted gearbox head speed ratio, so that starting more dynamic, with a sense of pushing.

In addition, the lightweight design of the vehicle and the use of Michelin fuel-saving tires also reduce fuel consumption; electric heating of seats and refrigerators gives the driver a home-like feel. It is not difficult to find that compared to the original model, the 55th anniversary edition of the Liberation J6 heavy truck has achieved a substantial upgrade in terms of merchandise, effectively expressing the gratitude of FAW's liberation back to users. 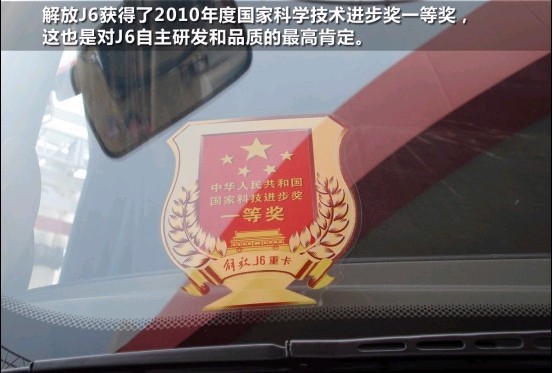 On the other hand, as the most widely-distributed after-sales service network in the country, the 584 service stations of FAW Liberation have always been praised for liberating users with their thoughtful and meticulous full-time service. The trust of users supports the development of the liberation of FAW. In order to give back to users, FAW Liberation has launched a new two-year 80% consumer loan and a two-year excluding mileage repair and replacement policy. That is: 20% down payment and no interest within two years; two after purchase During the year, failure repairs occurred and parts were damaged and replaced. The introduction of these two policies has on the one hand reduced the threshold for consumers to buy J6, and on the other hand, it also makes the user's use more secure.

FAW Jiefang Automobile Sales Co., Ltd. has been making continuous improvement in service guarantees over the years, making the waiting time for users to be shorter and shorter, and the efficiency of car use is increasing. However, service guarantee is a continuous process. It has never been the highest realm, it can only be better and better, and it will make users more and more satisfied. FAW Liberation has continued to improve its customer service and has continued to improve. From the other side, it has implemented gratitude and feedback to users.

It is reported that the 55th Anniversary Edition J6 currently launched has been redeployed to the FAW Liberation Stores across the country, and two preferential policies have also been successively launched in various dealership stores across the country. Some dealerships have ushered in consumer consultations. I believe that FAW will liberate this thanksgiving feedback. Activities are bound to become another hot topic in the mid-year auto market. 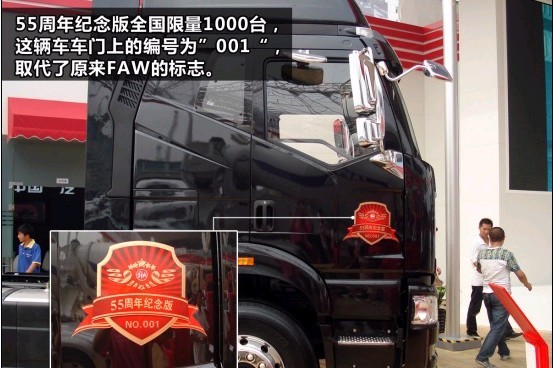 On July 15, 1956, the first liberation car was born, and it has been 55 years since then. Liberation has been developed into the 6th generation. Each generation confirms the progress of Chinese cars. At the time of the liberation of the car's 55th birthday, Liberation launched the commemorative J6 55th Anniversary Edition. In the domestic truck industry, it is still the first case. It seems that Liberation Trucks is also forming its own unique truck culture. There are many similar situations in foreign countries. It is believed that other Chinese heavy truck manufacturers will also introduce such models in the future, and China's truck culture will also gradually develop.

The 55th Anniversary Edition J6 allows us to see the progress of domestic heavy trucks, which is more humane and personalized, so that it can better serve each driver and demonstrate the Chinese truck culture. The price of 50.08 million is already astronomically high for a domestic truck. For many of them, it is not easy to say that you want to own. It belongs to only a few people. We also look forward to the heroic version of the 55th anniversary edition on the highway. Who will be its owner, let us wait and see!