" Two passengers and one crisis" pilot

Hu Guozheng, chairman of China National Hengda Electronic Technology Co., Ltd., Hu Guozheng, is full of confidence in Beidou's future development. He predicts that by 2020, GPS may withdraw from China. There is a reason for such confidence: The Ministry of Transport issued a Notice on Accelerating the Implementation of the "Demonstration System Project for Monitoring and Management of Key Transport Processes" on December 31, 2012.

According to the documents of the Ministry of Transport, China will implement mandatory â€œtwoâ€ pilot projects in nine provinces of Jiangsu, Anhui, Hebei, Shaanxi, Shandong, Hunan, Ningxia, Guizhou, Tianjin, and the Pearl River Delta during the period from 2014 to 2015. Passengers were in critical condition (travel chartered buses, buses, and dangerous goods transport vehicles) installed dual-mode Beidou navigation equipment, and were later promoted throughout the country.

â€œThe â€œNoticeâ€ of the Ministry of Communications means BeiDou Navigationâ€™s further opening to the civilian sector. This is an opportunity.â€ Hu Guozheng told reporters that the company will focus on the above-mentioned 9 provinces and cities and plans to invest 200 million yuan to establish East and North China. The five information processing centers in the five regions of South China, Central China, and West China, as well as the inspection platforms of 15 major cities, have rapidly developed market channels and occupied the market. â€œOur goal in the next two years is to capture 80% to 90% of the market share of 'two customers and one crisis'.â€ But he also admitted that with the introduction of encouraging policies, more companies will join the competition. The civil domain of Beidou navigation will also likely become a Red Sea. He disclosed that the company has already integrated several upstream and downstream companies and everything is ready to go.

Technology is stronger than GPS?

Although it seems to the general public that Chinaâ€™s independent research and development of navigation systems is out of reach, in fact, Beidouâ€™s navigation technology has gone through nearly 20 years since the 1990â€™s tracking research and the technology is very mature.

The Beidou II system was formally established on August 31, 2004, and trial operation service was provided on December 27, 2011. As of now, the BeiDou satellite navigation system has completed the launch of 4 arrows and 6 satellites, and has successfully launched 16 satellites covering the entire Asia Pacific region. It is expected that the coverage will be extended to the world in 2020.

In Hu Guozheng's view, in addition to the current coverage is limited to the disadvantage of Asia, Beidou must be stronger than GPS in other areas. First of all, BeiDou Navigation supports real-time navigation, while GPS does not. If GPS is not updated regularly, it will be easy to misdirect the owner and this will never happen in Beidou navigation. On the other hand, the sharpness of BeiDou navigation can be accurate to one meter while GPS is 10 meters. What is more worth mentioning is that Beidou Navigation has a two-way communication function, and dialogue can be realized between the owner and the owner. "It can be said that BeiDou Navigation is a product integrating mobile navigation, WeChat, driving recorder and alarm system."

Market is expected to exceed 400 billion

According to the latest forecast data of China Satellite Navigation and Positioning Association, by 2015, the output value of China's satellite navigation and location services industry will exceed RMB 225 billion, and by 2020 it will exceed RMB 400 billion. Hu Guozheng told reporters that the industry chain of the entire Beidou satellite navigation is very large, and he also hopes to use the â€œtwo passengers and one crisisâ€ as an entrance to pave the way for a large number of private navigation applications. "The amount of users is the basis, as long as we have a large user base, we only need to collect service fees to make money."

It has been revealed that each terminal can collect road information in real time, draw maps and provide surrounding road conditions and store data, and even provide time for local residents to further analyze valuable information such as user spending habits. These unstructured data will play a greater role in the next five years, ten years or even longer, and their profits will not be comparable to selling terminal equipment and traffic charges. From the first day of its establishment, China Evergrande has established data centers, collected and analyzed data, and used these data at appropriate times to integrate and produce some civilian products with greater market prospects.

Our Machine Bellows Cover use high quality fabrics, PVC support plate and steel flange etc, it show the user-friendly desigh with elegant appearance, it is very robust and longer useing life span, and also it is very easy to install, inspect and maintenance, we are the best choice or your equipment 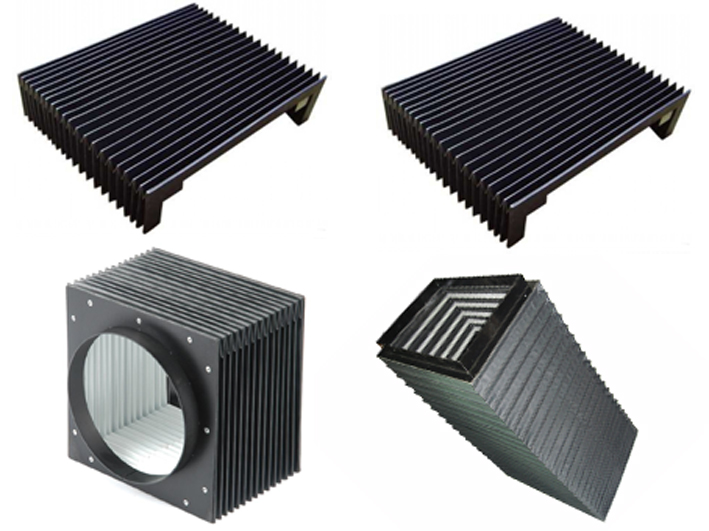